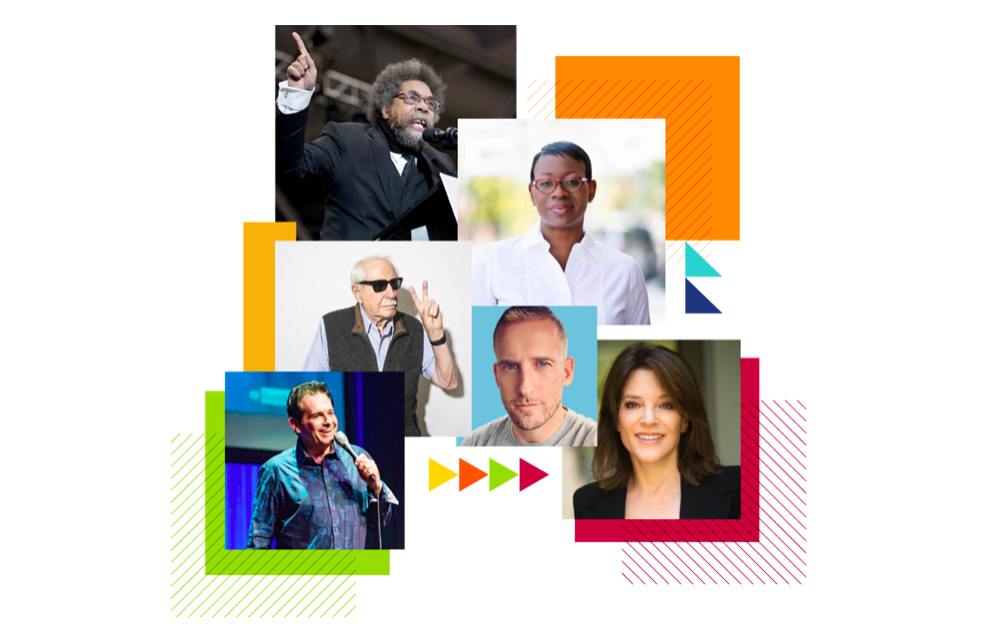 A Convention to Believe In: Movement For A People’s Party is Ready to Make History

by Keaton Weiss and Russell Dobular

“To vote, or not to vote…for Joe Biden,” is the soliloquy on the lips of the Left as this foul year of our Lord 2020 approaches its sure to be spectacular, in an Irwin Allen disaster movie kind of a way, conclusion. But looking beyond the ‘Towering Inferno’ of this election, progressives are going to have to make some hard choices about where to put our energies.  Do we continue to press for reform of the Democratic Party from within, or take on the admittedly daunting project of building a new party from without?

Nick Braña, political outreach coordinator for the 2016 Bernie Sanders campaign, has been persuasively arguing the latter since the days after that election cycle ended. He penned a piece in the Huffington Post shortly after Trump’s victory entitled “Sanders Can Be The Lincoln Of Our Times.” In it, he made the case for why Bernie ought to found a major new political party, and subsequently led a “Draft Bernie” movement in attempt to recruit him to do just that. When it became clear that Sanders wasn’t interested, Bernie’s name was dropped from the campaign, and the Movement for a People’s Party was born.

For the past three years, MPP has been tirelessly organizing and broadening its coalition, partnering with allied groups like the Poor People’s Campaign, Zero Hour, Move to Amend, and others. The movement-building phase of this project has attracted the attention of prominent media commentators, political figures, and progressive leaders, and now, they are ready for their first major public rollout, the People’s Convention, set to stream live on YouTube and Facebook on August 30 at 4pm EST.

Speakers at the People’s Convention will include Nina Turner, co-chair of the Bernie Sanders 2020 presidential campaign, Cornel West, Princeton University professor and Bernie surrogate, Marianne Williamson and Mike Gravel, both candidates for the Democratic presidential nomination this year, and many others, including Chris Hedges, Danny Glover, Jimmy Dore, and Ryan Knight. 2020 Congressional candidates Lauren Ashcraft and Isiah James will also be speaking, along with Chris Smalls, who famously led a walkout from a Staten Island Amazon warehouse after management forced employees to work through the deadliest days of New York’s coronavirus outbreak.

This hugely impressive roster of progressive activists, politicians, intellectuals, artists, and organizers, is a testament to the seriousness of this movement. So, do we get onboard, or do we hold out hope that the Democratic Party can be reformed from within, little by little?

Well, let’s take a look at how this year has unfolded thus far. In the Democratic primary, one year and a million volunteers’ worth of organizing, canvassing, fundraising, and phone banking for Bernie Sanders was undone by a few last minute maneuvers by the party establishment. An endorsement by James Clyburn, a phone call from Barack Obama, and a 48-hour anti-Bernie media blitz was enough to cancel out the unprecedented grassroots efforts of the Sanders campaign. Now, in the general election, the Biden-Harris ticket is overtly campaigning on a “screw the Left, bring on the Biden Republicans” message. Nancy Pelosi has broken her word not to support primary challengers by endorsing corporate Democrat Joe Kennedy III over Green New Deal champion Ed Markey in the upcoming Massachusetts Senate primary, and even when her reign as Speaker ends, she’s far more likely to be succeeded by someone from the corporate wing of the party than by anyone from the Squad.

Given all of this, it has become abundantly clear that in order for the progressive movement to succeed, we need to build our own institutional power structures independent of the Democratic Party. Thankfully, in anticipation of 2020 having transpired more or less as it has, the Movement for a People’s Party had been hard at work creating that very organization since before this election cycle started, and that work continues now.

MPP will begin seeking ballot access next year in cities and districts where they feel their message will resonate the most, and they plan on fielding a presidential candidate in 2024. We are very proud and excited to support them in these efforts, and we hope our readers will be persuaded to do the same, as the argument for putting our energies outside the Democratic Party has never been more persuasive.

Carol Ehrle, media coordinator for MPP, joined the podcast to discuss their journey so far, up to and including the People’s Convention, as well as their plans moving forward to create a major new party to replace the Democrats.

Listen to our full conversation by clicking the player below:

Subscribe to the Due Dissidence podcast on Apple, Stitcher, Spotify, Castbox, or any major podcast player!

RSVP to the People’s Convention by clicking here.

Photo: Movement for a People’s Party