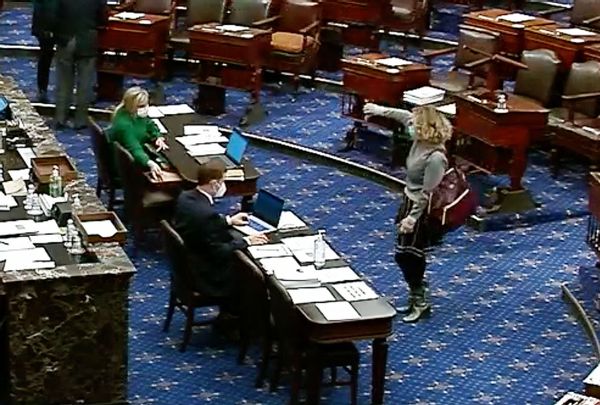 No One is Coming to Save You: Why Gen Z is Giving Up on Democracy

For years, leftists have been digging through the internet archives to prove that when Democrats are in power, they never actually deliver on their promises to the voters, even when it’s fully within their power to do so.  It’s been a tough case to make, especially to Blue Magaworld, for whom Barack Obama is something akin to a secular saint. Try to talk about how he abandoned the public option before negotiations on Obamacare even began, or about how he put pressure on Senators who refused to vote for the bill without it instead of on the ones who dug their heels in on having it included, and the most common response from Democrats will be, “But the Republicans!” Never mind the fact that Obamacare passed without a single Republican vote, which means the Democrats could have done anything in theory, right up to and including Universal Health Care. The idea that the party, or God forbid, Obama himself, might have anything to do with the band-aid-on-a-gunshot-wound nature of the policy is anathema to most Democrats. Any attempt to persuade them otherwise is quickly vaporized by their repeated exposure to brain-melting doses of Morning Joe.

But now we’re seeing it all play out in real time in ways that are difficult for even the most mimosa-addled brunch liberal to ignore. No one can now deny that when Democrats were given a once in a generation shot to raise the minimum wage, not even to the $24 it would be if it had risen with inflation and productivity growth over the past 50 years, but to just roughly 60% of that wage, they hid behind the Senate Parliamentarian, an excuse so laughable that they might have been better off just telling the truth: the donors don’t want you to have a living wage, so we ain’t doing it. The refreshing honesty may have scored them more points than the transparent bullshit they ultimately went with. And as if to drive the point home, when Bernie introduced a $15 per hour amendment to the latest Corona relief package, 8 Democrats voted against it, apparently without fear of consequence from the White House, or from the voters.

They know their suburban base could give a flying fuck about what the person who hands them their order at the drive-through earns, and if the White House really wanted it, they would have rained down hellfire on any Dem who threatened to hold up relief to stop it. So now we know there will be no living wage for American workers for at minimum a generation, at least not without a mass uprising, or general strike. And if the Democrats won’t provide that most basic of necessities, what hope is there for free college or universal health care? Zero, to none.

Enter, Gen Z.  Even the most open-minded, and thoughtful person, is inevitably bound to understand the world through the lens of the past. This is intrinsic to how the brain works: we create conceptual frames as a shortcut to having to evaluate each new experience and piece of information on its own terms. That’s why you don’t have to figure out what money is when you’re in a foreign country, with a currency you’ve never seen before, but it’s also why we tend not to fully understand the world we live in as we get older. Our frameworks grow increasingly disconnected from the cumulative changes of our lifetimes, until eventually you’re a boomer watching Joe Biden, but seeing FDR. Or a millennial or Gen Xer, still believing in political solutions to our problems. As the non-fight over the minimum wage demonstrates, there are no political solutions under our current system. We’re simply the neighborhood people forced to pick between two rival gangs, both of which are going to extort us, and either one of which might destroy us if we defy them. No help is coming. We’re on our own.

The next generation, unburdened by the distorting lens of the past, have already figured this out.  Far from being the left-wing, big-government, identitarians that we’ve been led to expect, Gen Z is shaping up to be a cohort of politically incorrect, bootstrap-pulling, libertarians.  According to a recent study, 77% of those 14-21 report that they earn their own money working, and 21% had a savings account before they were 10. And while as the most diverse generation in history, they have liberal views on cultural diversity, with 78% describing themselves as liberal to moderate on social issues, they are also deeply skeptical of the woke project, with 79% calling “political correctness” a problem.

This jog towards the right is an inevitable consequence of having grown up in a world where banks and large corporations are able to get away with murder, literally in some cases, while our elected officials do little to nothing to improve the lives of average citizens.  It’s also a natural response to the endless and seemingly unresolvable culture wars to conclude that the best way to address such irreconcilable differences would be to fall back on the libertarian solution of letting everyone go their own way. What else is a young person to make of how our society functions, other than: cover your ass and don’t expect any help from anybody, least of all the government.

The modern left, unlike our 60’s forbears, has been nursing a dream not of an impractical Marxist utopia, but simply of the U.S. joining the rest of the Western world in providing basic necessities like education and healthcare. We really haven’t contemplated the idea that the U.S. will continue to go its own hyper-capitalist way, cementing its status as the gun-toting, feudal, corporate-governed freakshow of the West. In the end, we’re still Americans, and as Americans we’re predisposed to believe that the good guys will come out on top in the final reel. But the kids ain’t buying it. Which means our related assumption that the cavalry is coming eventually in the form of generational change is probably misplaced.

The only thing that may shift the trajectory is the total and inevitable economic collapse that will result if Modern Monetary Theory (MMT) turns out to be a lot of horseshit.  Our national debt is now greater than our annual GDP. MMT holds that a country with control of its own currency can’t go bankrupt, because it can issue more currency to pay its debts, along with new debt to cover the old debts.  But MMT doesn’t consider a scenario in which no one wants to buy the newly issued debt, and it ignores the fact that every country that has ever tried to money-print its way out of debt, went into a death spiral of hyper-inflation.  It’s hard to be a libertarian in a world where you need a wheelbarrow full of cash to go to the grocery store, so such a scenario could cause Gen Z to rethink the wisdom of bootstrap economics.  But then again, they could see it as an opportunity to just go full Mad Max. I’d be lying if I said I couldn’t see the appeal of roaming the plains of an ungoverned America in search of opportunity and adventure. Maybe join up with a thief, a strongman, and Karen Allen, for some kind of black market smuggling gig, while occasionally rescuing enslaved Amazon workers from the mines.

But I digress.  The left is in what Allen Ginsberg called, “diamond hell.”  Hard edges and unyielding realities on every side: in front of us, a government that can’t be reformed through democratic means, and behind us, a generation that’s given up on trying. To one side we have the option of rainbow fascism, and on the other, the more traditional variety. This is normally the place in the article where you’re supposed to offer some kind of call to action, or way out of the problems you’ve laid out, but honestly, I got nothing.

A modern country whose system of government is so broken that it can’t raise the minimum wage, even with the “left” party in charge of all the House, the Senate, and the presidency, is a country that has already effectively become a failed state. The only question now is; when does the curtain fall, and how do we respond when it does? Regular order democracy under these circumstances is the little button they put on New York City lampposts that are supposed to change the red light to green. They don’t actually do anything. They’re only there to make people feel like they have a say.

2 thoughts on “No One is Coming to Save You: Why Gen Z is Giving Up on Democracy”