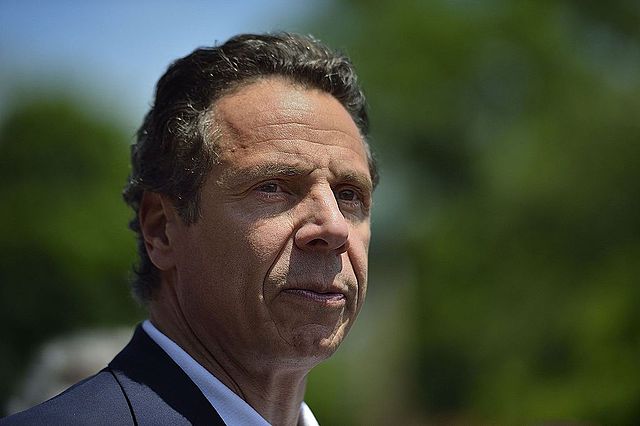 If God is a novelist, he has a disposition towards the trite, the obvious, and the too on-the-nose.  Case in point: Andrew Cuomo.  If one wanted to write a book whose theme was personal and political hypocrisy, you couldn’t do any better than to produce one in which liberals rally around one notoriously corrupt bully, in order to demonstrate their rejection of another.  In the annals of liberal idiocy, the cult of Cuomo ranks right up there with running Hillary Clinton for President and Michelle Obama unironically describing real-life war criminal George W. Bush, as her “partner in crime.”

Some may object that we didn’t know about Cuomo’s lechery until Lindsay Boylan opened the floodgates by coming forward. But we knew enough to know that Cuomo was a lying degenerate from way back. If you ask a Democrat which state in America is the most corrupt, they’re likely to name a Republican stronghold like Florida, or Texas, but in reality, based on the number of its political leaders prosecuted and convicted, that honor goes to Cuomo’s very own Empire State. The Governor’s response to that was to shut down the Moreland commission, which had been charged with investigating corruption in the state and going to war with Attorney General Preet Bharara who demanded that its files be preserved as possible evidence. This all played out even as his top aide was sentenced to six years in prison for bribery.

And that’s just scratching the surface of what we already knew about Cuomo before the pandemic. Once it started there were a lot of voices speaking out against his newfound status as champion of the people and exemplar of good government. There were the front-line health care workers pointing out that New York had the worst outbreak on Earth, partly because Cuomo had been cutting the budget for public health and city hospitals for years. There was Assemblyman Ron Kim, begging anyone who would listen to look into the connection between Cuomo’s donations from the Greater New York Hospital Alliance (GNYHA) and the liability shield he created for nursing homes, thereby protecting them from lawsuits connected to Covid related illness and deaths in their facilities. Combined with Cuomo’s policy of forcing nursing homes to take Covid patients (a policy that might have led to the death of Kim’s own Uncle), it’s estimated at least 1,000 elderly New Yorkers died needlessly even as Democrats were loudly celebrating their “Cuomosexuality.”  Knowing his braindead and singularly incurious fan base would never hold him accountable, Cuomo even cut the Medicaid budget during the pandemic.

And yet, right up until State Attorney General Letitia James dropped her report confirming the credibility of claims that 11 women had made against the Governor ranging from crude flirtation to sexual assault, only 21% of NY Democrats thought Cuomo should resign and 50% actually wanted him to run for a fourth term. Remember, these were the same people who couldn’t jack off at night without Tweeting a reference to Trump’s “grab ‘em by the pussy,” comment on Access Hollywood.  But when it came to Cuomo?  Fuck it. Franken. Have to stop eating our own, etc., etc.

So, listen, God, we have a few notes on the manuscript. We’ve put them all here in this podcast. Take it in, maybe do some edits, ‘cause this whole Cuomo thing?  It’s just not credible that so many people would be so scorchingly hypocritical all at the same time without any of them noticing, much less that an entire political party could be made up of people like this. I dunno, maybe throw in a spaceship, some dinosaurs, that’s up to you, you’re the artist. Just, do better. I mean, just look at this montage of the media praising a man that every political insider on the planet knew was a goon and a bully.  Who’s going to believe this is real?