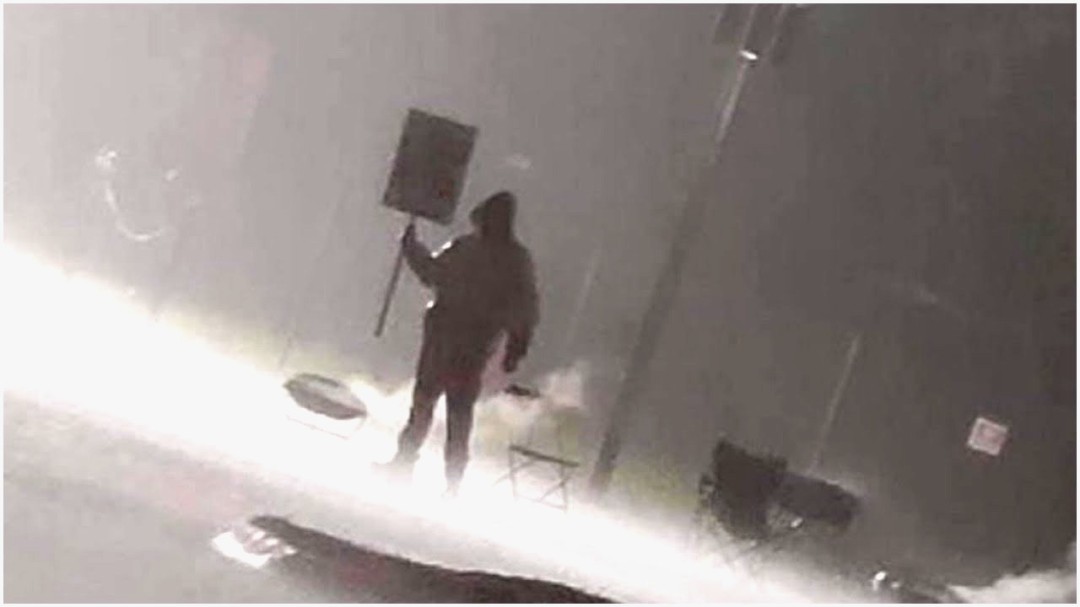 “We live in capitalism. Its power seems inescapable. So did the divine right of kings. Any human power can be resisted and changed by human beings.”

You may not have been familiar with that quote until now, but it’s more likely that you’ve seen this viral image of a striking Nebraska Kellogg’s worker holding down the picket line in the pouring rain:

Though arguably the most determined, he’s hardly the only American worker emboldened and enraged enough to finally assert the value of his labor against an increasingly petulant capitalist class whose refrain these past six months has been “No one wants to work.”

Of course, recent and ongoing strikes like those at Kellogg’s, Nabisco, and John Deere (just to name a few), aren’t organized simply because employees no longer “want to work,” but because they no longer care to work in lousy conditions for lousy wages.

Their newfound defiance has taken employers by surprise, as many business owners expected that a “return to normalcy” was upon us as vaccines found their way into the arms of millions of Americans, and businesses began to reopen after a year of lockdowns and quarantines.

During such time, as was pointed out quite often in conservative circles, many workers were indeed making more on unemployment than they had been at their jobs. The additional UE benefits allowed millions of working class people to put food on their tables, pay their bills, and maybe even have a few bucks leftover, without having to toil at exhausting dead-end jobs for most of their waking hours.

Once padded unemployment checks and eviction moratoriums could no longer be taken for granted, owners and managers across the country assumed that their employees would have no choice but to return to work, and that over these next few months, things would start to look just as they did in February of 2020.

But what the capitalist class didn’t realize is that while they were itching to get back in business during the still and silent period of the coronavirus shutdowns, many of their employees were finally getting a taste of what life is like without the physical strain and psychological stress of working 60 hours a week for $11.50 an hour and still having barely enough in the bank to make rent at the beginning of the month.

Having been afforded some time away from the daily grind, the working class was finally given the opportunity reflect on whether such a seemingly endless and inescapable struggle ought to be their destiny.

This period of introspection, combined with headlines reporting “labor shortages” and “supply chain issues,” has led workers to realize that they do in fact deserve better, and that circumstances have aligned such that better work in better conditions for better wages are all demands that they are better positioned to leverage than ever before in their lifetimes. And they’re seizing the opportunity.

The virtues of capitalism once seen as virtually “divine” are now being exposed for the lies they’ve always been, as this supposedly unimpeachable economic system is unable to dig itself out of the hole its found itself in.

After all, the obvious market-based solution to a labor shortage can be summed up using simple supply and demand logic: the higher the demand for a product or service, the higher its price. But rather than satisfy such a demand by increasing wages, the ownership class is choosing instead to cry foul at the very system they’ve exploited their entire lives, and falsely complain that “no one wants to work anymore.”

And so while their bosses throw their tantrums, laborers are learning firsthand that despite the dominance of capitalist hegemony, as Le Guin said, “any human power can be resisted and changed by human beings,” and they’re mobilizing to make these changes happen.