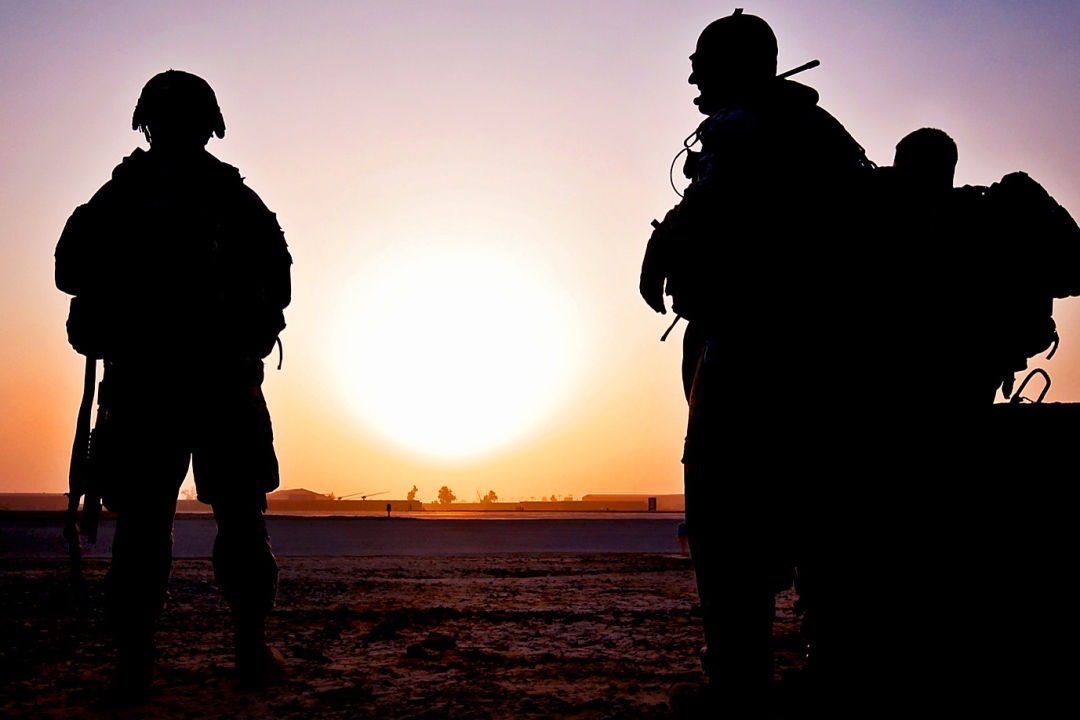 Imperial Decline Abroad and a Cold Civil War at Home: 2021 Year in Review

When President Biden first assumed the office, his support for universal pre-K, a children’s UBI, and paid family leave came as a pleasant surprise to many progressives who went into this administration with the lowest of expectations. Shortly after inauguration day, stimulus checks were being shipped out and vaccines were being administered by the millions. For a minute there, it seemed like perhaps good things were possible again.

The unveiling of the Build Back Better plan over the summer expanded upon those aforementioned goals, introducing tuition-free community college and expansion of Medicare among other progressive proposals.

But as the year wore on, this Democratic “vision” hit a wall in the Senate, where villains-du-jour Joe Manchin and Kyrsten Sinema refused to get on board. As negotiations continued, BBB became less transformational, and less worthwhile. By the end of the year, its passage, even as a fraction of its initial self, seems unlikely.

As this would-be “human infrastructure” bill deteriorated, the United States’ embarrassing withdrawal from Afghanistan signaled the collapse of our global imperial project.

In his recent article, writer and author Anis Shivani likens our surrender in Afghanistan to Britain’s humiliating attempt to regain control over the Suez canal in 1956, which signaled their imperial decline.

Shivani goes on to describe the disappointment that was 2021 in terms of our impotent pandemic response, the implosion of Build Back Better, and the neutering of progressive demands like “Defund the Police” by the political and media establishments. As these failings pile up, America descends into a cultural civil war of sorts between what Shivani describes as “Woke America” vs. “Primitive America.” He writes:

“An uncanny impression of stasis, with no resolution in sight, defines this era, as was true of the 1850s in America. In both instances, an economic system that had lost legitimacy was the culprit, and there was no political solution to the crisis.”

Because our political system is broken beyond repair and Washington has become too dysfunctional to solve any of the country’s problems, neither “Woke America” nor “Primitive America” feels much incentive to try and reconcile their differences.

Instead, what passes for political discourse is really nothing more than two sides of a cultural war expressing their emotional distaste for each other as conditions worsen at domestically and our relevance dwindles overseas.

Of course, this winding down of empire shouldn’t necessarily be viewed in a negative light. In fact, Shivani argues that the barbarism of global empire and the cruelty of our neoliberal model here at home are inextricably linked, and that a humane domestic agenda cannot be realized under such conditions.

Just as Britain implemented their universal healthcare system in the waning years of their empire, perhaps a similar hope could exist here once the onus of maintaining global military dominance and overseeing a worldwide surveillance state is lifted.

Anis joined us on episode 130 of our podcast to discuss these points in further detail. Click the player below to hear our full conversation, and subscribe to the Due Dissidence on Apple, Stitcher, Spotify, Castbox, Google Podcasts, or any major podcast player. (interview begins at 2:43)