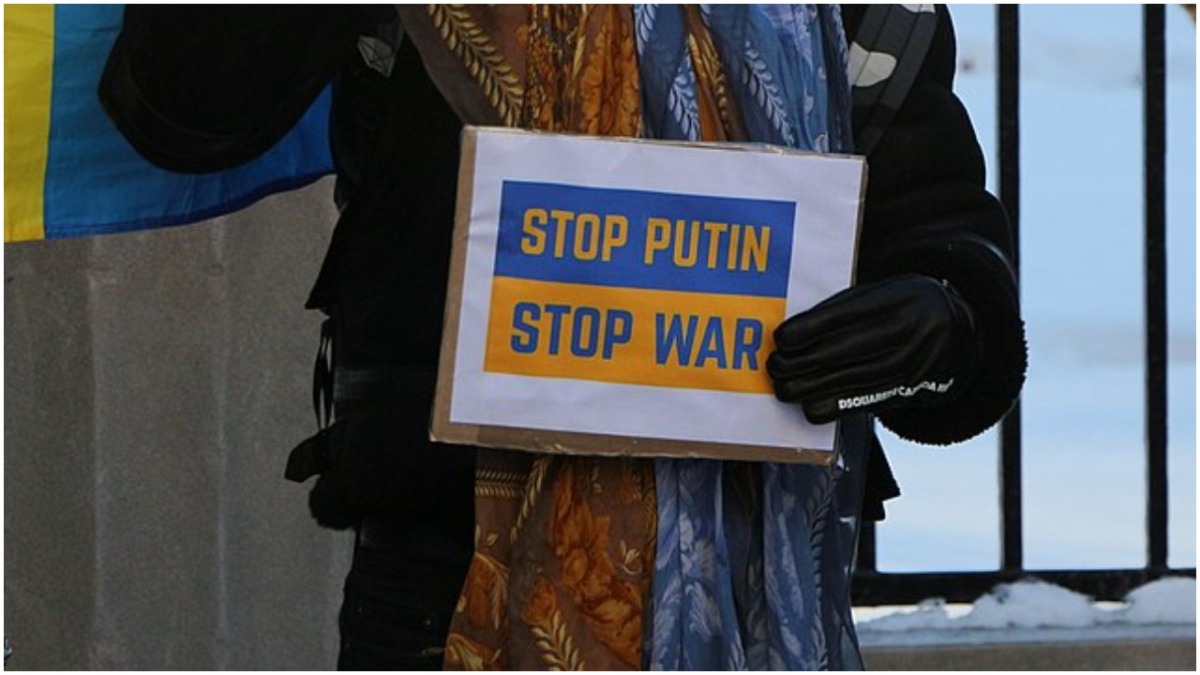 After weeks of building up his forces in a way that screamed, “This is not a drill,” Vladimir Putin finally gave the order on Thursday morning to invade Ukraine. This was perhaps the single greatest act of white-on-white violence since the release of Taylor Swift’s Welcome to New York album.

The sanctions from Western powers rolled in fast and furious, right alongside the obligatory dumb takes. Stephen King wasted no time bringing his own Master of Shitlibbery perspective to Twitter:

Despite their posturing, it’s hard to believe that even the most loyal of Biden’s supporters honestly feel he’s up to the task of mastering a wily opponent like Putin.

After Putin gave a speech this week, explaining and justifying his decision to invade Ukraine, the Western press predictably used it as a pretext to label Putin as crazy and out of touch simply because much of the speech contained exaggerations and ahistorical claims regarding Ukrainian independence. But lies and exaggerations are par for the course in war propaganda and considering Putin’s longevity as head of state in what is essentially a country of gangsters, it seems foolish to believe that his words weren’t calculated for maximum domestic appeal.

Wall Street had a bad minute or two as Russian artillery began to bombard Ukrainian cities in the wee hours of Thursday morning, but they needn’t have worried. Later in the day, when Joe Biden announced the raft of sanctions that we had been led to believe were going to destroy the Russian economy, every trader on the street cursed themselves for selling in the morning. By the closing bell, the Nasdaq had swung from an over 3% loss, to a 3.4% gain, its biggest one-day move since November 2008.

While Germany did place a hold on the Nordstream 2 natural gas pipeline, at the same time joining the UK, US, and France in targeting Russian sovereign debt, banks and oligarchs, Putin has evidently been preparing for such an eventuality for quite some time. For the past ten years, Russia has been reducing its debt and building up reserves of foreign assets, so that it can now withstand a regime of Western sanctions, possibly for years. In order to truly have an impact on Russia’s economy, the sanctions would have to target Russian oil and gas sales, and/or cut the country off from SWIFT, the international banking system that underlies trade. Neither can be done without the effects rebounding back on the West, which is both heavily dependent on Russian energy supplies, and deeply invested in Russian assets.

Putin surely thought all this through before making his move. To suggest otherwise is ridiculous. China will be watching these developments closely and thus far liking what they see as they consider their own options regarding long-standing thorn in their side, Taiwan. If the West won’t take the financial hit that would come with meaningful sanctions against Russia, our biggest customer doesn’t have a lot to worry about. And boots on the ground? In Asia? They know we don’t have the stones for that anymore.

No, Ukraine isn’t the start of World War III. It’s the warm-up act. The big show hasn’t started yet, but it’s getting closer and with this week’s events its features start to take on definition.

We reacted to the news of the Russian invasion in our latest podcast episode. Click the player below to hear our full conversation, and and subscribe to our podcast on any major podcast player.